Ray Tracing is a rendering technique that creates incredibly realistic lighting effects. The purpose of ray tracing is to further immerse players into their game, once again, elevating the gaming experience.

2020 wasn’t just a big year because it’s the turn of the decade. 2020 was a big year for video games. PC gamers can sit back and relax as the two console’s wage war on each other. All they have to do is wait for the game releases. Well, there is more than just that. With 2020 comes new technology and bigger games. PC players will need to ensure their computers meet the requirements of upcoming titles.

Games like Cyberpunk 2077 will need substantial power to run at minimum requirements. NVIDIA’s RTX technology is an enormous power consumer and will require a larger power supply and durable graphics card to support playing these games at Ultra settings. Here are three big titles that are pushing gaming technology to its peak:

Games That Use Ray Tracing:

Valve has yet to release the third installment to any of its major video game franchises. Left 4 Dead, Team Fortress, Dota, Portal, and Half-Life have yet to see the third title in their family. However, Valve blew everyone away late last year when they announced a third Half-Life game would be releasing in March 2020. Unfortunately, the game is not the highly-craved Half-Life 3.

Instead, the game is Half-Life Alyx, which is a VR game. Virtual reality is extremely demanding for PCs. The Oculus Rift (Now Called Meta Quest 2) and HTC Vive are the most popular VR systems. If you wish to run the upcoming Half-Life title, then you may need to upgrade. Check out each systems’ respective requirements before March 2020.

CD Projekt Red is no stranger to massive video games. The Witcher 3: Wild Hunt did exceptionally well and has recently gained more interest due to the Netflix series. Their next game is just as massive but will be set 57 years in the future. Cyberpunk 2077 was set to release in April, but CD recently announced it needs more time.

That said, the science-fiction RPG is releasing on Septemeber 17 now. There are no current PC recommended and minimum requirements. Nevertheless, the game is going to require some serious power to run. Keep an eye out for CD Projekt Red’s PC spec releases sometime later this year.

Microsoft is ramping up to release the Xbox Series X later this fall, but they are also releasing the next Halo game. Halo Infinite runs on the 343 Industries’ proprietary game engine, Slipspace Engine. This new engine showed off some exceptional gameplay at E3 2019. However, it was unclear what the engine was running on. Regardless, it looked extraordinary.

Now, you may be wondering why we are talking about an Xbox exclusive. Well, Halo Infinite will be the first Halo game to launch on PC day one. Players can have access to the game on Steam or play it on PC Game Pass. No matter what service you play it on, you are going to need to check your PC specs beforehand.

Is Your PC Ready for These Games?

Once again, 2020 was an outstanding year for video games. Players of all platforms will rejoice at the standout games of this year. Most importantly, PC players will be able to play games at their highest quality. So, ensure your PC has the best specs possible when it comes to 2020. It’s going to be fascinating to see how far new game titles will improve overall with every innovation NVIDIA brings to the table. 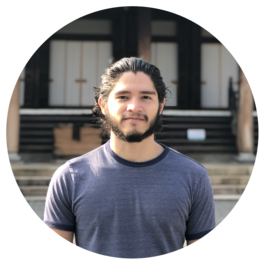 Howdy ya'll. I'm a PC gaming enthusiast from Texas that loves discussing gaming and technology. I've been building computers for over 10 years and have learned much about custom PC gaming throughout that time. I hope that my experience and wisdom will guide young gamers to higher scores.